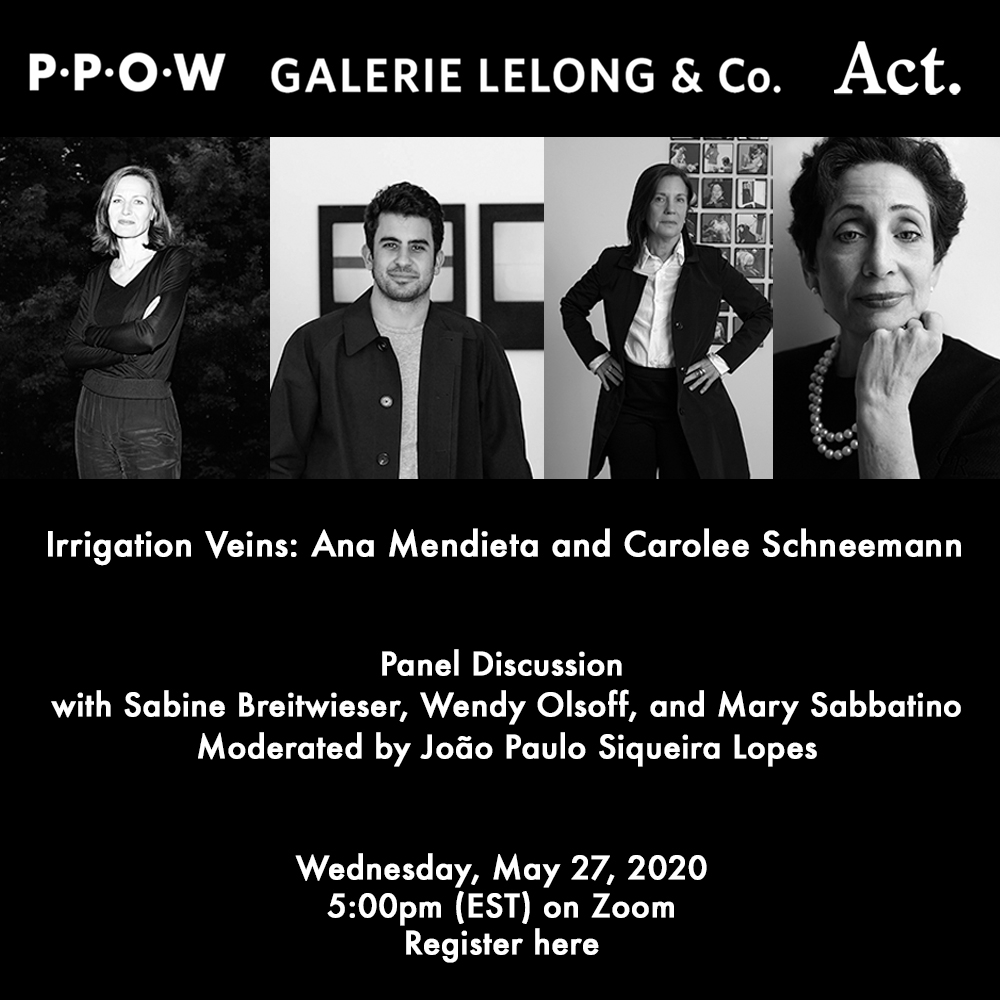 Irrigation Veins: Ana Mendieta and Carolee Schneemann, Selected Works 1966 – 1983 is an online exhibition jointly presented by Galerie Lelong & Co. and P·P·O·W. The exhibition explores the artists’ parallel histories, iconographies, and shared affinities for ancient forms and the natural world. Irrigation Veins is the first time the two artists have been shown together in direct dialogue, an exhibition Schneemann proposed during the last year of her life. The upcoming webinar will discuss the life and work of Mendieta and Schneemann and the galleries' relationship and histories with these artists; it will also examine the exhibition and the overlapping themes in the oeuvres of both artists in depth.

Sabine Breitwieser is an international curator and museum director. From 2013 until August 2018, she held the position of the director of the Museum der Moderne Salzburg. During her tenure, she collaborated with Hayward Gallery, London, to organize and present the retrospective Ana Mendieta: Traces in 2014. In 2015 she curated the retrospective Carolee Schneemann: Kinetic Painting, subsequently shown at the Museum für Moderne Kunst MMK, Frankfurt am Main, and the MoMA PS1, New York.

Among other museum posts, in 2014 Breitwieser was appointed artistic director of the Generali Foundation a second time and from 2010 until 2013 she served as chief curator of Media and Performance Art at the Museum of Modern Art in New York. From 2008 until 2010, she was an independent curator at Museu D’Art Contemporani de Barcelona and the Styrian Autumn Festival in Graz, and in 2004 researcher/co-curator of the International 04, Liverpool Biennial. Sabine Breitwieser has organized more than 150 monographic and thematic exhibitions throughout Europe and the United States and has also edited and published about 100 catalogues and books.

João Paulo Siqueira Lopes is the Founder of Art Consulting Tool (Act), a São-Paulo based platform that provides a wide range of services for new and established art collections, including advising on acquisitions and all aspects of collection management. Prior to Act, João worked for galleries such as Lisson Gallery, Gagosian and Nathalie Obadia and art fairs such as FIAC and ArtRio. João earned a M.A. degree in Art Business from the Grande École des Métiers de la Culture et du Marché de l’Art in Paris.

Wendy Olsoff co-founded P·P·O·W alongside Penny Pilkington in the first wave of the East Village Art Scene in New York City in 1983. Since its inception, P·P·O·W has remained true to its early vision, exhibiting politically and socially conscious contemporary work in all media. P·P·O·W has represented the work of Carolee Schneemann for over 20 years. An alumna of William Smith College, Olsoff has lectured extensively throughout the United States at universities and museums. In 2012, Olsoff was a recipient of the Visual AIDS Vanguard Award for the gallery's dedication to and support of artists in the LGBTQ community and her ongoing leadership in the fight against censorship. She is a founding charter member of the Feminist Art Council at the Elizabeth A. Sackler Center for Feminist Art, Brooklyn Museum and serves on the Boards of Directors for both the Art Dealers Association of America and Visual AIDS.

Mary Sabbatino was appointed director of the New York location of Galerie Lelong & Co. in 1991 and became a gallery partner in 2007. Under her tenure, she has particularly focused on women artists and artists from underrecognized regions and communities, such as: Alfredo Jaar, the Estate of Ficre Ghebreyesus, Lin Tianmiao, the Estate of Ana Mendieta, Yoko Ono, Zilia Sánchez, the Estate of Nancy Spero, the Estate of Mildred Thompson, amongst others. She has worked with the Estate of Ana Mendieta since 1991, and coordinated over seven retrospectives and monographic exhibitions all over the world. In 2016, Galerie Lelong & Co. joined with P.P.O.W. to co-represent Carolee Schneenmann. In addition to fostering the careers and legacies of the gallery’s artists, Sabbatino co-curated Art from Brazil in New York, which presented the first solo exhibitions of the region’s most vital figures—Waltercio Caldas, Cildo Meireles, Hélio Oiticica, Mira Schendel, and Tunga—and curated Juan Downey: Video Installations and Drawings, at the Museo Bellas Artes, Santiago, Chile. She has lectured extensively on contemporary art, artists from Latin America, gender parity and arts management at museums, universities and cultural centers. 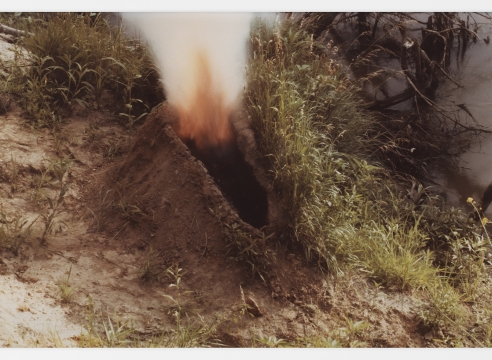