Galerie Lelong is pleased to announce Silence, a solo exhibition of work by Jaume Plensa. The exhibition presents Plensa’s installation and monumental sculpture in a new configuration, where the source material for the work appears alongside the finished sculptures. For the first time, Plensa incorporates reclaimed wood beams as a framework and major component of his work.

Continuing his exploration of contemporary portraiture, most notably with Chicago’s Crown Fountain and most recently with Looking Into My Dreams, Awilda at the Perez Art Museum Miami, Jaume Plensa created an ensemble of six heads made of timber salvaged from an old building. The heads, modelled after individual young women from Asia, Europe, and Latin America, are treated with an unevenly burnt patina, which draws influence from both Eastern and Western iconography.

The exhibition fully speaks to Plensa’s sensitivity to medium and how his use of new materials evolved to inform his life-long search for a universal depiction of a reflective inner world. In placing the sculptures in proximity to architectural remains, Plensa forges a connection between spirit and matter, the historic and the contemporary, underlining his ongoing pursuit to understand the beauty in everyday life.

Plensa also addresses how silence, as a visual and auditory negative space, is an ever-shrinking commodity of today’s world: “One of my obsessions is silence, silence as a key need. And in a very noisy world, silence should be produced, must be ‘made,’ because it does not exist; an inner silence so that people return to be with themselves.” The importance of creating silence in everyday life is manifested in the works presented in the smaller gallery: a series of eight bronze heads that embody the proverbial principle “hear no evil, see no evil, speak no evil.” The use of hands in these sculptures also refers to Plensa’s earlier works, like Jumeaux (2001) and En Tí (2004).

Jaume Plensa is one of the most respected and renowned sculptors working today. In addition to a long career of exhibition in traditional museums and galleries, he is a respected innovator and pioneer for his projects engaging with public space, which can now be found in over fourteen countries around the world. Plensa’s celebrated sculptures can be seen in Albright Knox Art Gallery, New York; Pérez Art Museum Miami, Florida; Millennium Park, Illinois; Olympic Sculpture Park, Washington; Toledo Museum of Art, Ohio; Burj Khalifa, United Arab Emirates; BBC Broadcasting Tower, London and St. Helens, England; Mori Art Museum, Tokyo and Ogijima, Japan; Shanghai IFC Mall, China; Bastion Saint-Jaume, France; amongst many other sites worldwide.

Solo exhibitions of Plensa’s work have been presented at prestigious institutions around the globe, including the Nasher Sculpture Center, Texas; Palacio Velázquez, Reina Sofia Museum, Spain; Institut Valencia d’Art Moderne, Spain; Musée Picasso, France; Yorkshire Sculpture Park, England; and the Espoo Museum of Modern Art, Finland. Jaume Plensa: Human Landscape recently traveled to the Cheekwood Botanical Garden & Museum of Art, Tennessee; Tampa Museum of Art, Florida; and Toledo Museum of Art, Ohio. The Max Ernst Museum in Brühl, Germany recently presented the major solo exhibition The Inside View. Jaume Plensa: Together was presented at the Basilica San Giorgio Maggiore in Italy as a collateral event of the 56th Venice Biennale and received the Global Fine Arts Award. Forthcoming projects include a new sculpture commissioned by the Virginia Museum of Fine Art, which will be unveiled on April 27, 2017, and a major solo exhibition at the Museum of Modern Art in Saint-Etienne, France, which opens on March 10, 2017. 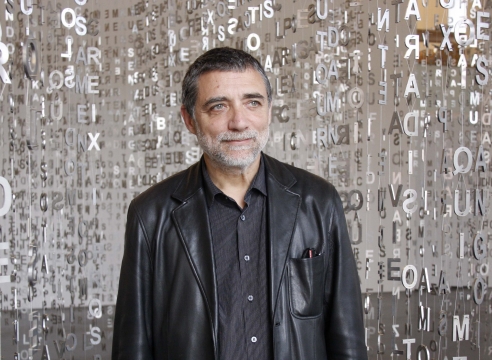 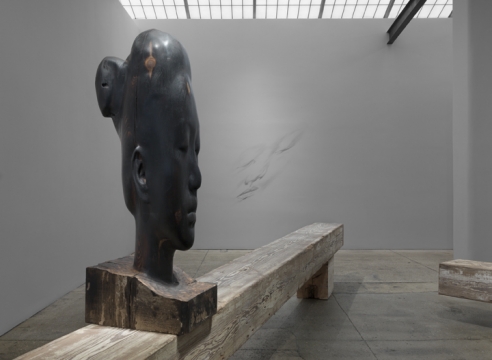 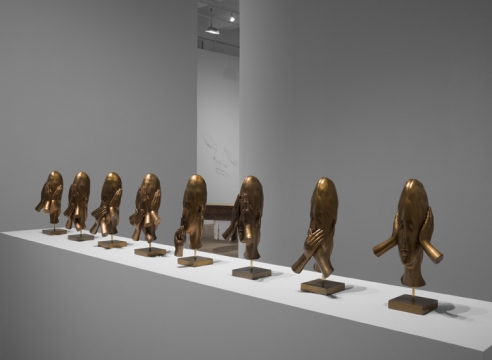 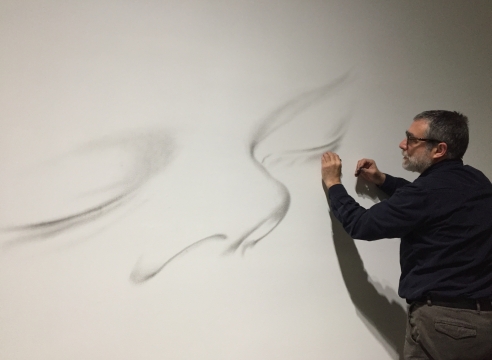 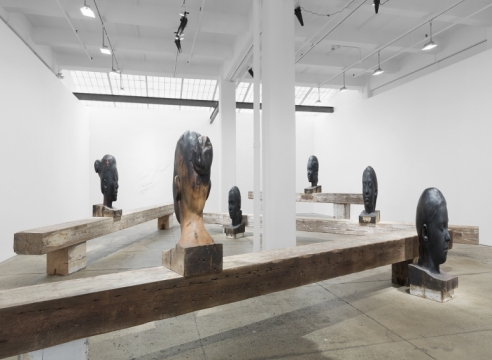 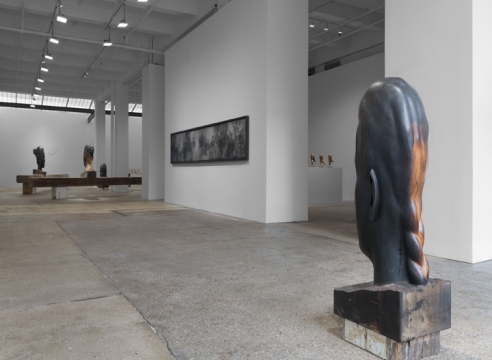