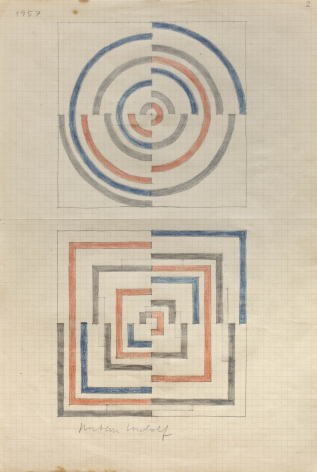 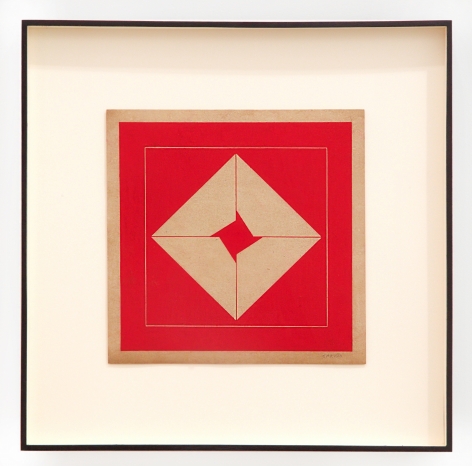 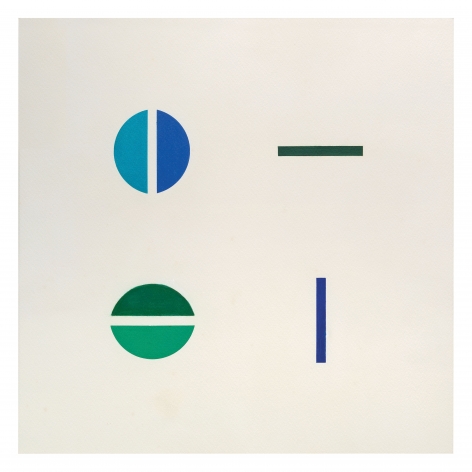 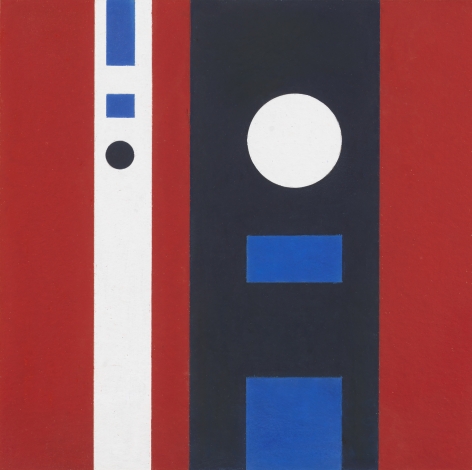 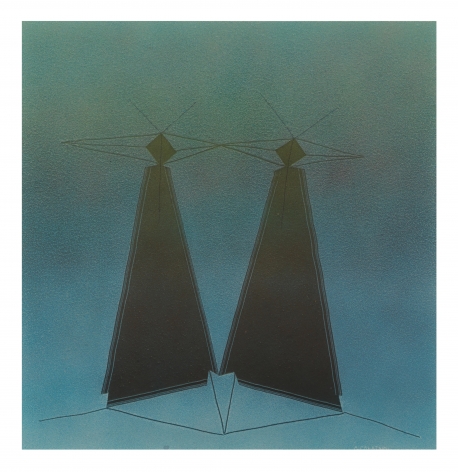 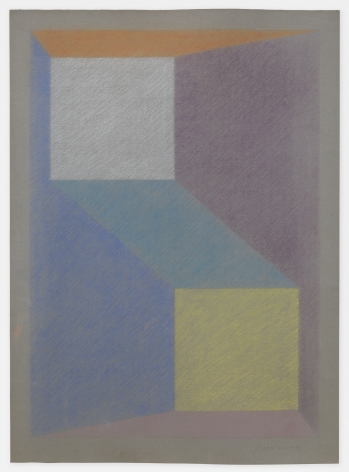 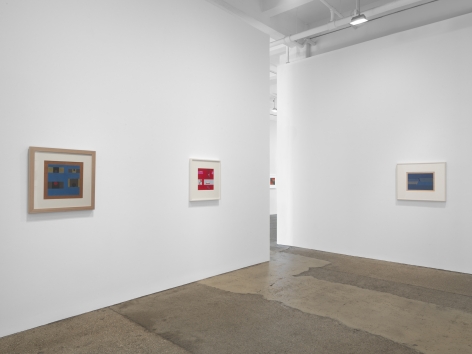 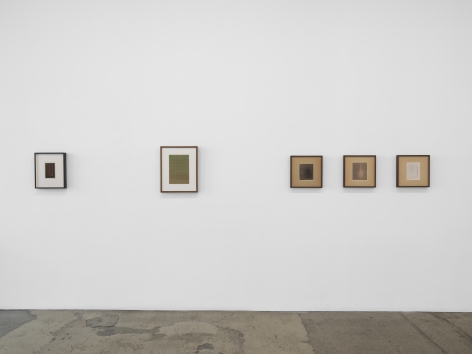 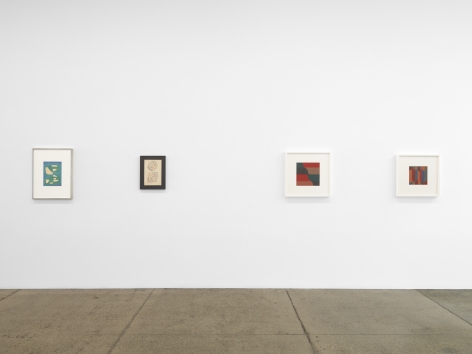 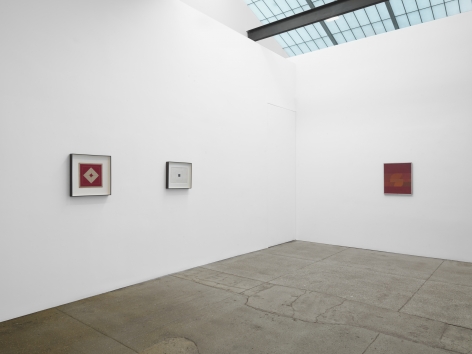 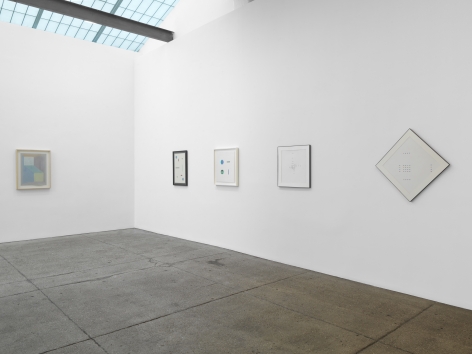 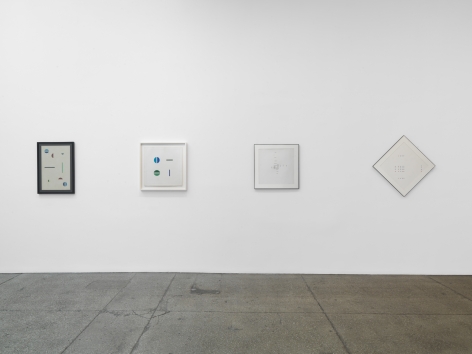 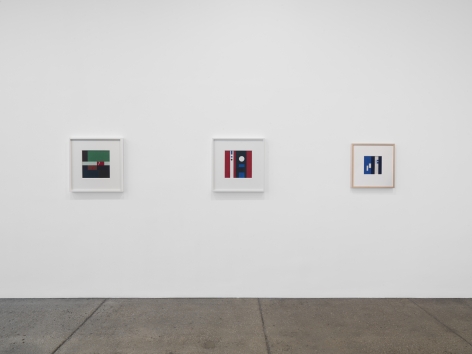 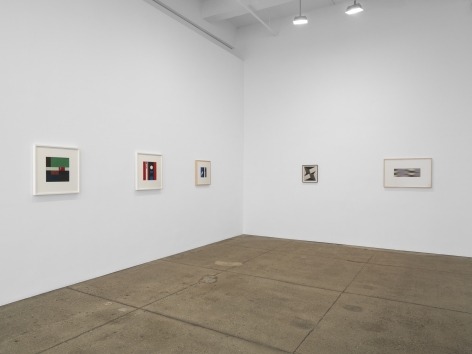 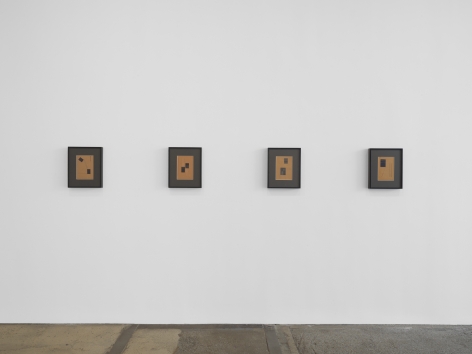 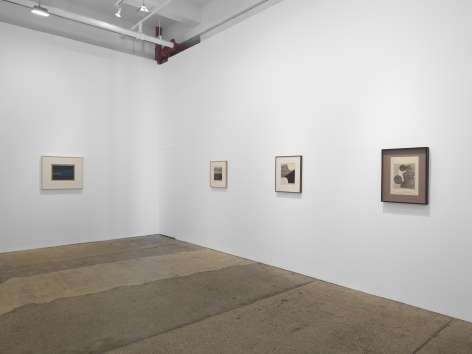 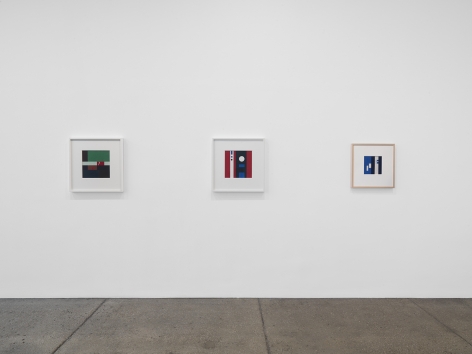 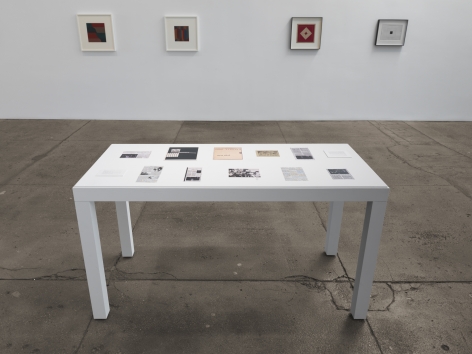 Grupo Frente was at the forefront of artist collectives in the region from 1954-56, approaching art through a rigorous commitment to experimentation and social mission. Grupo Frente’s founder, Ivan Serpa, was an emerging abstract painter and art educator at the Museu de Arte Moderna do Rio de Janeiro when he formed the group in 1954. The collective’s core mission was a strict dedication to experimentation with technique and material while maintaining an honest approach based on research. Serpa’s triptych Untitled (1955) is part of a series of textural experiments using alphabetical symbols from typewriters and demonstrates his interest in serial forms and repetition.

Many artists in Grupo Frente later pioneered key visual movements and continue to be leading art world figures. Lygia Clark, Hélio Oiticica, and Lygia Pape’s innovative studies of line, form, and color were fundamental to the formation of the groundbreaking Neo-Concrete movement (1959-61). Clark’s Superficie modulada (1956) explores the opening of space on a two-dimensional surface through planes separated by a tight fissure — a concept that the artist would unfold into the third dimension under Neo-Concretism. Similarly, Oiticica’s gouaches on cardboard demonstrate an intuitive understanding of color and sensitivity to rhythm that he would later translate into physical space. Through her Tecelares, Pape proposes an alternative function for woodcuts, then considered a craft tradition; medium becomes a protagonist in these spatial investigations, as the texture of the woodblock becomes a compositional element. Along with Clark and Oiticica, Pape would go on to become a preeminent artist of the 20th century, known for consistently challenging the relationship between the art object and the viewer.

Aluísio Carvão and Abraham Palatnik also joined the Neo-Concrete movement after their participation in Grupo Frente. On view will be Carvão’s hard-edge geometric abstractions that examine chromatic variations on a flat surface. Untitled (1956) is a seldom seen painting on glass by Palatnik, who is a pioneer of kinetic art best known for revolutionary investigations of light, mobility, and technology.

The exhibition introduces many artists whose work has rarely been shown in New York. There are clear visual parallels in the production of brothers Hélio and César Oiticica from this period. Beyond a connection of medium, César Oiticica’s featured works present flatly painted forms arranged to convey a sense of movement within a confined two-dimensional space. Color theory has been the essence of Rubem Ludolf’s artistic career, which spans over 50 years. Untitled (Study) (ca. 1950s) is an early example where a focus on form led to his later chromatic compositions. A striking selection of works by João José Costa are included in the exhibition as well. Relatively unknown in the U.S., Costa employs line, color, and shape to create geometric compositions rooted in Grupo Frente’s core principles. Décio Vieira’s Untitled (ca. 1950s) shows a different approach to the geometric style practiced by the other artists through the use of a softer, less saturated color palette.

Grupo Frente arrives at a time of increasing attention to Latin American artists and their often overlooked contributions to twentieth century art. Grupo Frente artists who have had recent solo exhibitions in New York include Lygia Clark’s The Abandonment of Art, 1948-1988 at MoMA and Modulated space at Luhring Augustine, Hélio Oiticica’s To Organize Delirium at the Whitney Museum of American Art, and Lygia Pape’s A Multitude of Forms at The Met Breuer. An exhibition catalogue accompanies Grupo Frente, featuring an introductory text by Luiz Camillo Osorio, Professor at the Pontífica Universidade Católica do Rio de Janeiro (PUC-Rio), curator and art critic. 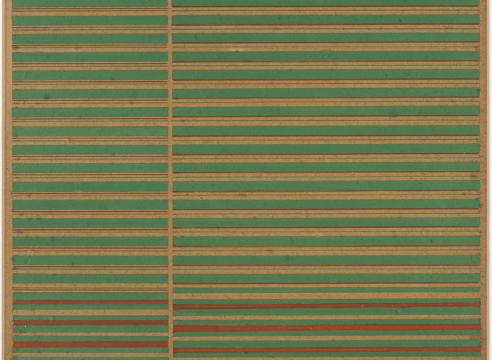 The New York Times
What to See in New York Art Galleries This Week July 14, 2017 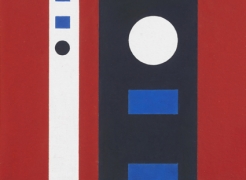 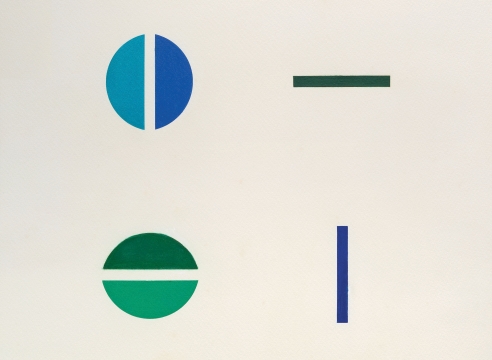 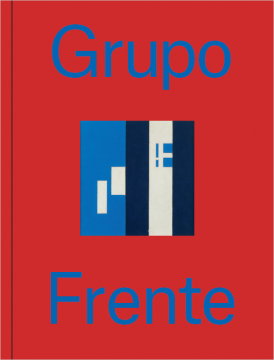 Grupo Frente
Text by Luiz Camillo Osorio 2017
Back To Top