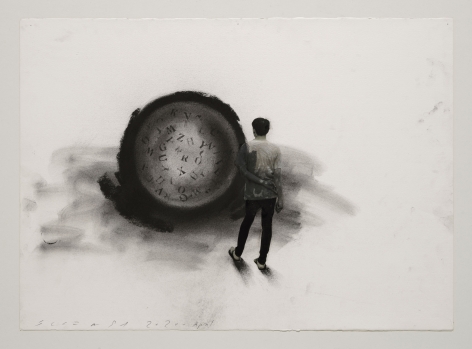 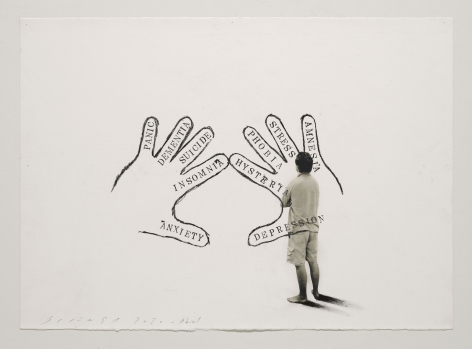 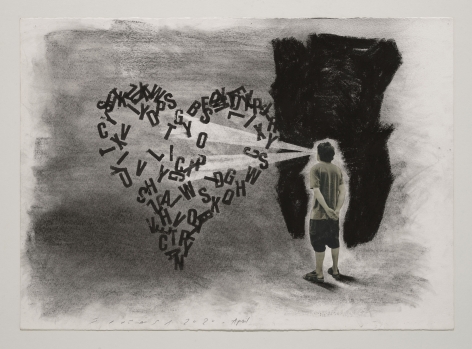 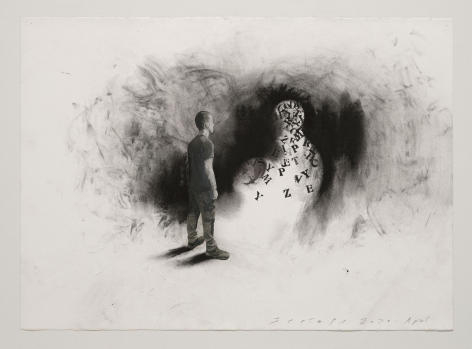 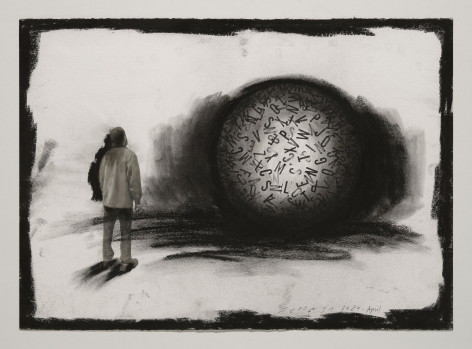 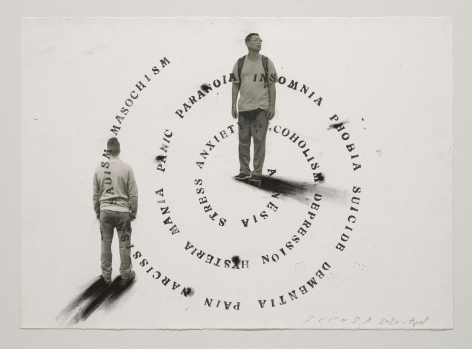 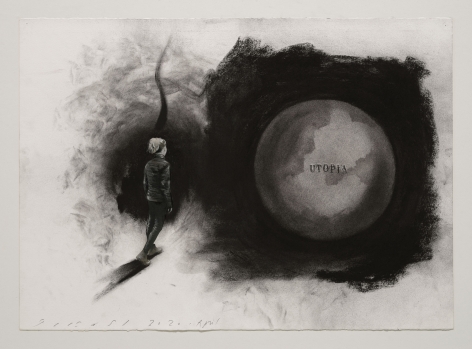 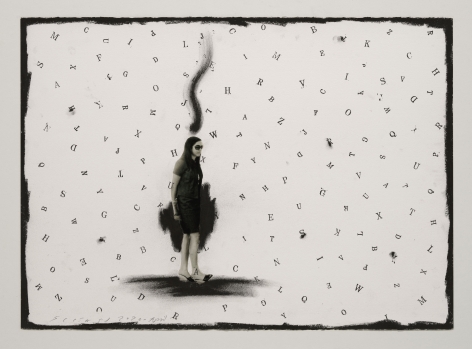 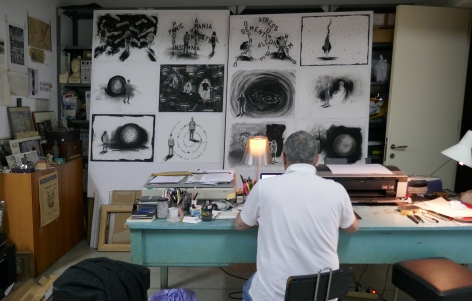 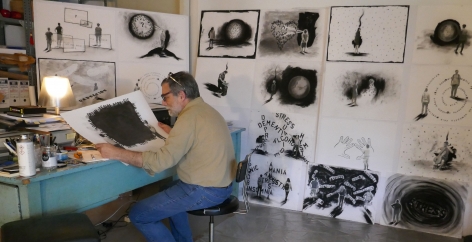 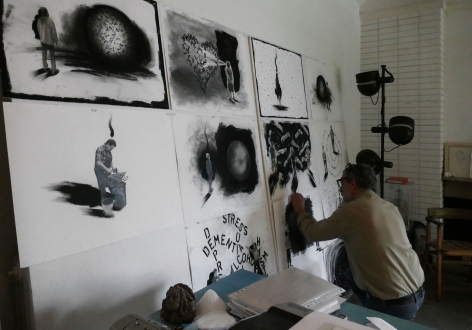 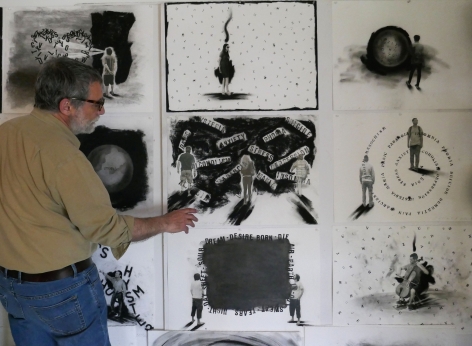 Galerie Lelong & Co., New York, is pleased to present an online solo exhibition of recent drawings by Jaume Plensa titled April is the cruelest month. Executed on paper, the series is titled STILL and was created in April this year during his month of confinement at home. Plensa subsequently named the exhibition after the poem “The Waste Land” (1922) by T.S. Eliot.

Jaume Plensa is universally known for his monumental sculptures that reveal a philosophical and spiritual expression of the human body. Sculptures like Julia in Madrid’s Plaza de Colón, Voices at New York City’s Hudson Yards, Crown Fountain in Chicago’s Millennium Park, and St. Helens’ Dream have become iconic symbols for their communities. Alongside a decades-long sculpture practice, Plensa has an equally long relationship to drawing. Plensa’s intimate works portray a private search for expression; they are made alone in the studio, in contrast to the sculptures that require a team effort and are done over long periods of time. In 2007, an exhibition of the artist’s drawings was held at the Musée Picasso, Antibes, France in conjunction with the unveiling of a new sculpture measuring 26 feet high on the museum’s terrace.

As in many of Plensa’s works, language is incorporated into the imagery. He used words like anxiety, fear, and love, calling attention to the various psychological states people experienced during the months of confinement. The title, STILL, resonates on many levels: it connotes a period of waiting, the gathering of energy, a state of silence and quietness.

Individual figures standing in indefinable spaces look at a form that could be sculptures or interpreted as the unknown; they look for answers or are perhaps deep in thought. Language is not the only means to communicate and can sometimes work against comprehension. “We are best when together,” says Plensa. In the contemplation of these drawings, we see a world both intimate and expansive, expressive of shared human experience during a time when the world was “still.”

April is the cruellest month, breeding
Lilacs out of the dead land, mixing
Memory and desire, stirring
Dull roots with spring rain.
Winter kept us warm, covering
Earth in forgetful snow, feeding
A little life with dried tubers.
—from “The Waste Land” (1922) by T. S. Eliot 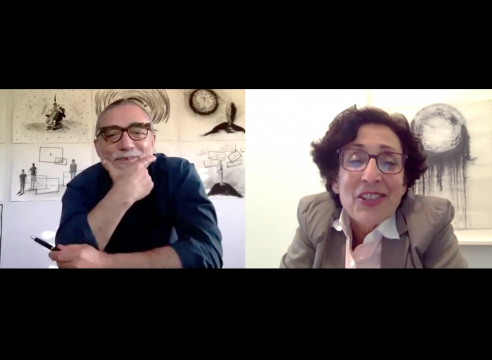