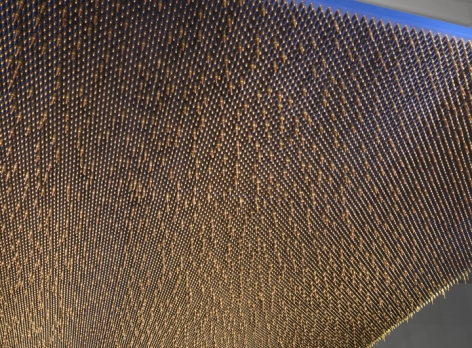 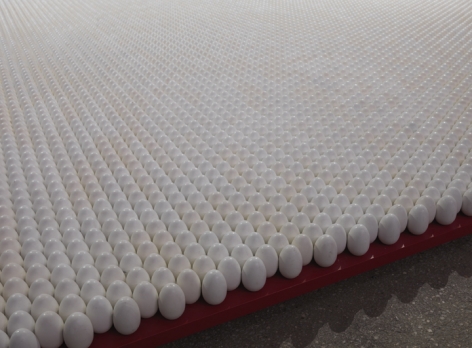 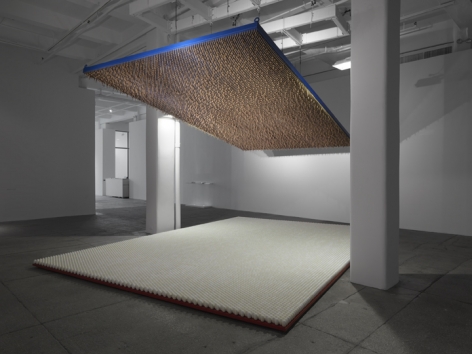 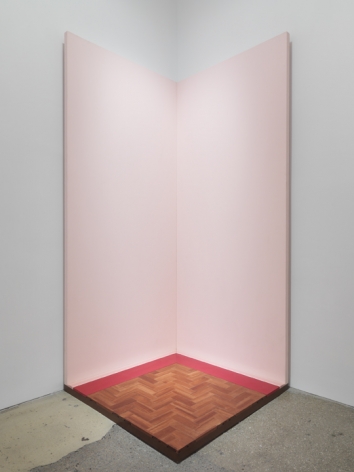 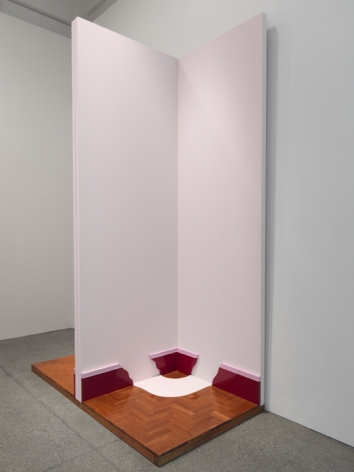 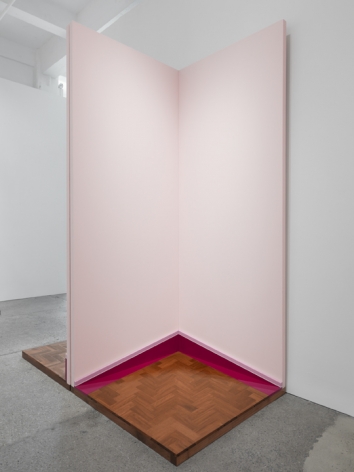 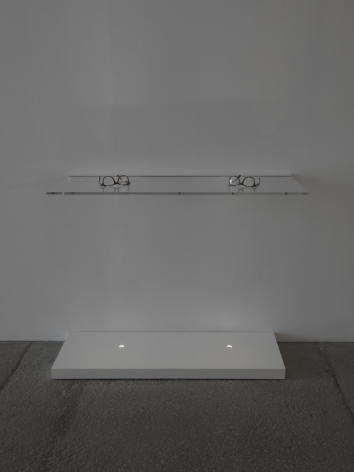 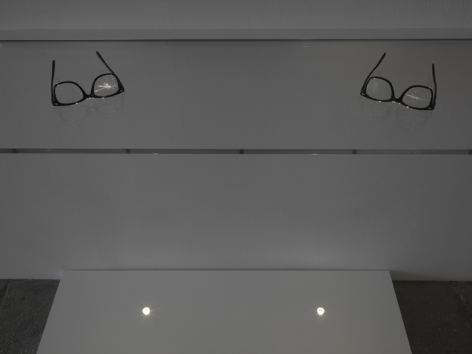 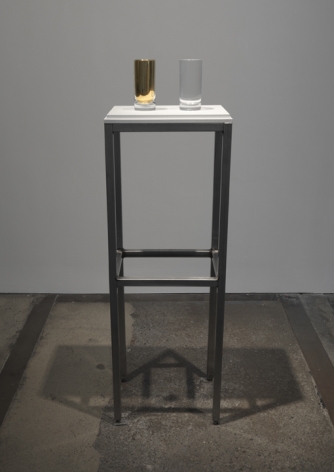 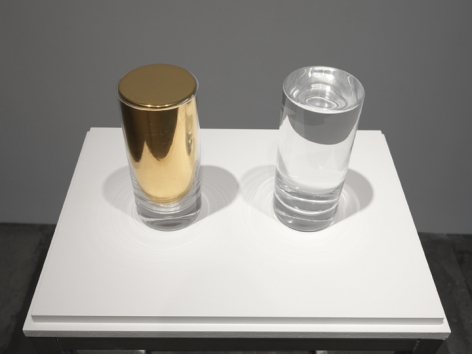 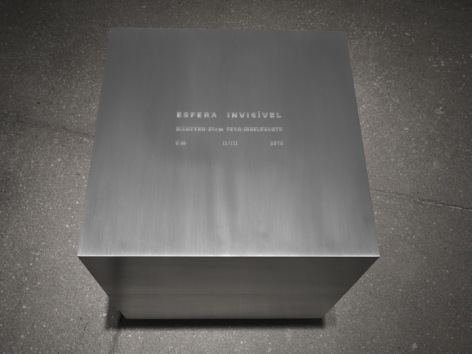 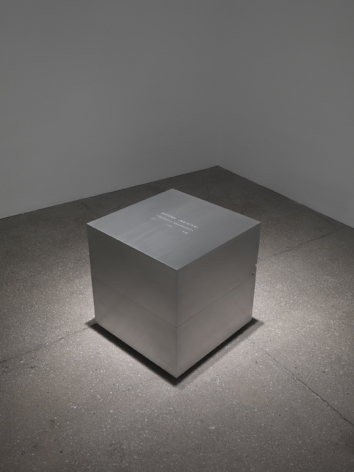 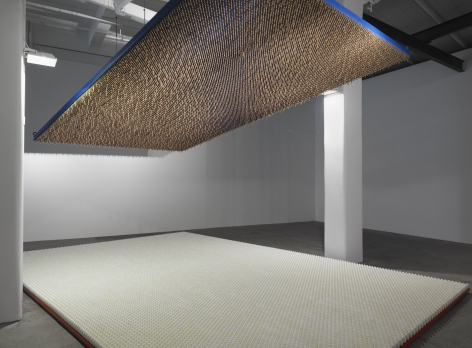 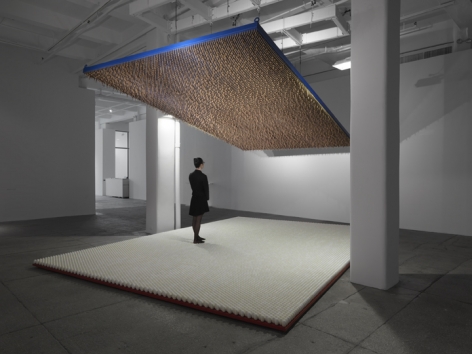 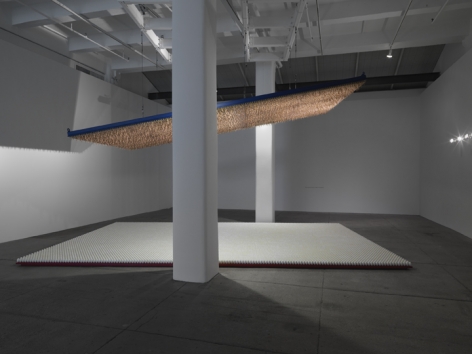 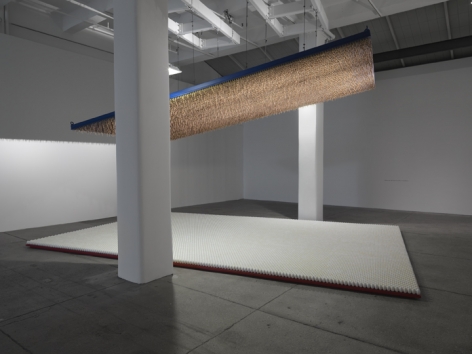 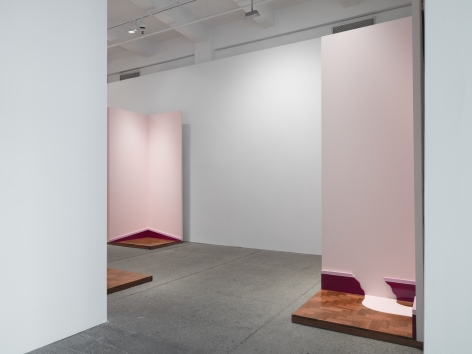 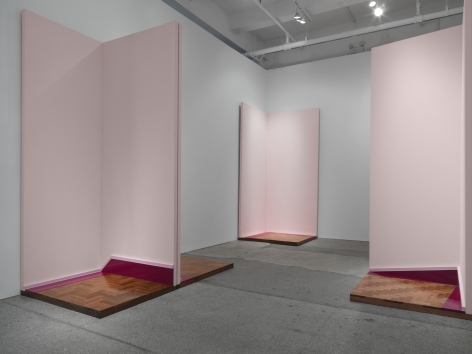 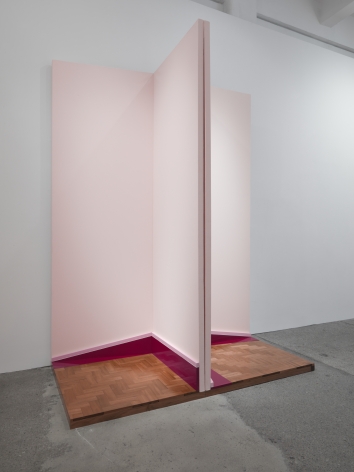 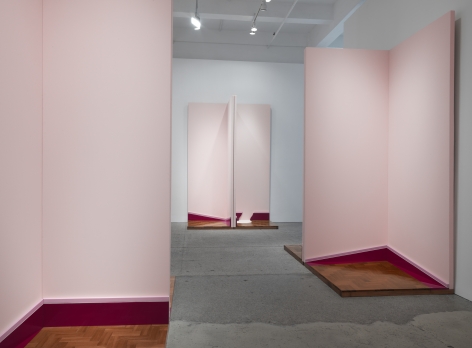 Galerie Lelong is pleased to announce the first solo exhibition in the United States in ten years by internationally renowned Brazilian artist Cildo Meireles, on view from May 15 through July 24. In addition to the monumental work Amerikkka, new works will be on view for the first time. Meireles’s investigation of ideological, economic, and political systems through sculpture, installation, and sensorial experience forms the cornerstone of his practice, which spans the artist’s extensive forty-year career. The artist will be present for the opening reception on Friday, May 15 from 6-8pm.

The centerpiece of Meireles’s presentation at Galerie Lelong will be Amerikkka (1991/2013), the work’s first presentation in the United States. Transforming the gallery into a powerful, interactive experience, the work places viewers under a free-standing ceiling angled at forty-five degrees that is composed of 40,000 hollow golden bullets set against an intense blue background. Viewers stand upon a base of over 20,000 white wooden eggs set into a red floor. Juxtaposing sharp bullets and fragile eggs, Amerikkkasimultaneously creates an uncertain and unsettled environment and calls into question whether the work is opening or closing, and if the threat of the bullets is real or perceived. The triple “K” in the title alludes to the Ku Klux Klan, the far right organization that espouses white supremacy and the use of extreme violence.

Like Amerikkka, Virtual Spaces (1967-68/2014), one of Meireles’s seminal works, is dependent upon participation and movement by the viewer. This work, in which Meireles looks to Euclidean geometry, is a corner within a corner, an installation trompe l’œil, that highlights the question of that which is virtual versus what is real.

Invisible Sphere (2012) demonstrates Meireles’s interest in and exploration of the visible/invisible. This work, in which Meireles has constructed, carved, and joined two pieces of aluminum, creates a hollow sphere when closed. As Meireles has said “I think there is something very interesting about things that we can imagine, but which are hidden.”

Like many of Meireles’s works, Aquaurum (2015) is in response to specific political situations. Meireles’s native Brazil produces approximately 12 percent of the world’s fresh water, however, there is a chronic shortage in the country’s most populous city, São Paulo. The cleverly titled Aquaurum, which combines the Latin for “water” and “gold,” is comprised of two crystal glasses. The first is filled with gold, appearing as though it is the lining of the glass itself, the other filled with water.

Beginning in Brazil in the late 1960s, Meireles’s practice was shaped by the social and political conditions during the dictatorship of the time, as well as by the Neo-Concretist movement. Meireles was among the first artists from Latin America to become internationally recognized, beginning with his participation in the 1970 landmark exhibition, Information, at the Museum of Modern Art in New York. Since then, Meireles has been recognized as a pioneer and leader among artists working in politically and socially engaged conceptual art. Most recently, his work was the subject of a retrospective at the Reina Sofía in Madrid, which traveled to the Serralves Museum in Portugal, and part of the exhibition was also presented at the HangarBicocca in Milan. 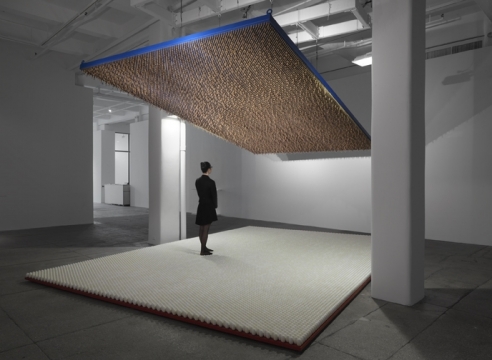 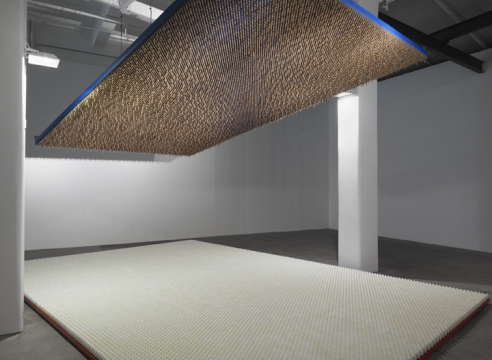