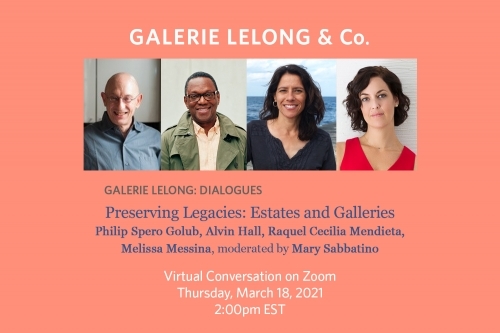 Alvin Hall is an award-winning television and radio broadcaster, a financial educator and best-selling author. He is also a collector of contemporary art. Alvin, who lives and work in New York City, hosted two podcast series in 2020: Driving the Green Book for Macmillan Podcasts and Power, Lust and Glory: The Story of Gold for Audible Original.

Alvin hosted the landmark BBC television series Your Money or Your Life (winner of the Personal Finance Program of the Year), Investing for All with Alvin Hall, and Alvin’s Guide to Good Business which featured the work of eight social entrepreneurs in Cambodia, India, Japan, Malawi, Mozambique, Tanzania, Zambia, and the US (San Francisco). Hall has written a number of bestselling books, including Getting Started in Stocks, Getting Started in Mutual Funds, Your Money or Your Life (winner of WHSmith People’s Choice Award, nominated for an NAACP Image Award), You and Your Money: It’s More than Just the Numbers, as well as the children’s book Show Me the Money, which has been published in 20 foreign language editions and featured by the Bank Street College of Education’s listing of Best Children’s Book of the Year in 2009.

For many years, Alvin designed and taught informational classes the working of the investment markets. His acclaimed classroom programs (both in-person, on video and online), which also included exam-prep courses, provided business analysts and new hires with a solid grounding in such topics as the types of investment products, trade clearance and settlement, fundamental workings of the trading markets, investment strategies, retirement planning, and fundamental and technical analysis. He has produced and presented online video introductions to nine exam-prep courses and training videos for the Securities Industry Essentials (SIE) examination and two other core licenses required by the Financial Industry Regulatory Authority (FINRA).

Currently, Alvin is completing the companion book for his Driving the Green Book podcast series and writing a memoir of his childhood in the Florida Panhandle. He writes periodically for the “My Week” column in Waitrose Weekend magazine in the UK. Hall is Trustee Emeritus of Bowdoin College, from which he received the 2019 Alumni Service Award. He currently serves on the Bowdoin College Museum of Art Advisory Council, The Studio Museum in Harlem’s Acquisition Committee, the Board of the Conversation US, and is the Co-Chair for MoMA’s Friends of Education.

Raquel Cecilia Mendieta is the Associate Administrator for the Estate of Ana Mendieta Collection and was responsible for overseeing the digital restoration of the artist’s works on Super 8 film. She is a filmmaker and writer most known for her recent films on her aunt, Ana Mendieta. Her films have screened at film festivals and art museums world-wide, such as Frameline in San Francisco, Outfest, BFI’s Flare Festival in London, The UC Berkeley Art Museum and Pacific Film Archive, Museo Nacional de Bellas Artes in Havana, Martin Gropius Bau in Berlin and more recently at Middelheim Museum in Belgium. She has written essays in exhibition catalogues such as, La tierra habla (The Earth Speaks), Covered in Time and History: The Films of Ana Mendieta, Energy Charge: Connecting to Ana Mendieta, and She Got Love.

She is currently in post-production on a feature length documentary about the life and art of Ana Mendieta. Her most recent film, Whispering Cave, premiered at the Jeu de Paume and screened at the Museum of Art and Design in 2020.

Melissa Messina is an Independent Curator, Curatorial Advisor, and Curator of the Mildred Thompson Estate. For over 15 years, her exhibitions, site-responsive projects, and public programs have been presented in cultural institutions throughout the U.S. and abroad. She was recently the co-curator of Mildred Thompson, The Atlanta Years, 1986-2003 at Spelman College Museum of Fine Art, Atlanta, GA (2019), and Mildred Thompson: Against the Grain, at the New Orleans Museum of Art, LA (2018). In 2017, Messina co-curated Magnetic Fields, Expanding American Abstraction, 1960s to Today, an intergenerational exhibition celebrating abstraction by 21 Black female artists – including Mildred Thompson – that toured from Kemper Museum of Contemporary Art in Kansas City to the National Museum of Women in the Arts, Washington, D.C. She was formerly the Interim Executive Director and Senior Curator of the SCAD Museum of Art, Savannah, GA; the National Program Director for ArtTable, NY; and a founding staff member and then guest curator at the Elizabeth A. Sackler Center for Feminist Art at the Brooklyn Museum. Her research on Black female abstract practitioners has been funded by Creative Time | Warhol Foundation, the Stuart A. Rose Library at Emory University, and the Crystal Bridges Museum of American Art, Bentonville, AR.