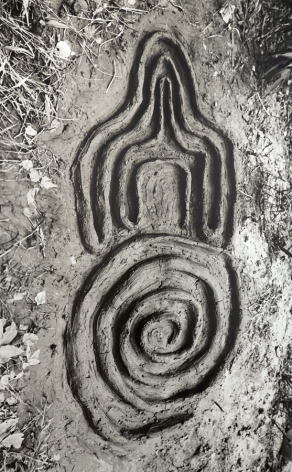 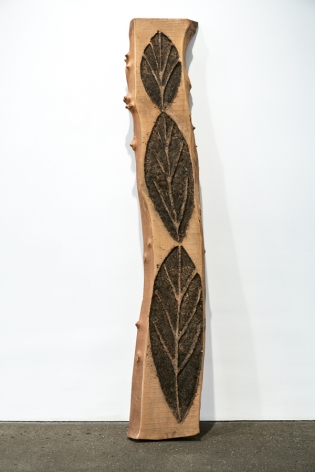 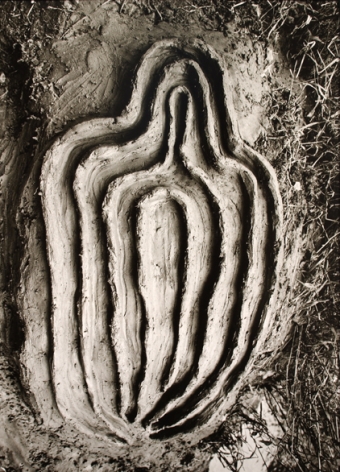 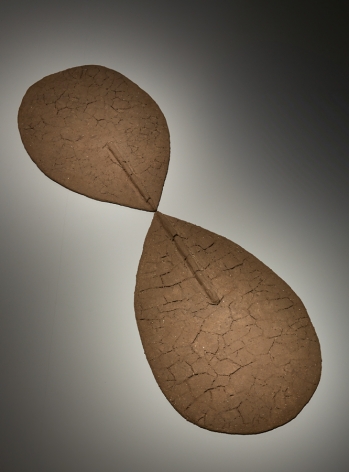 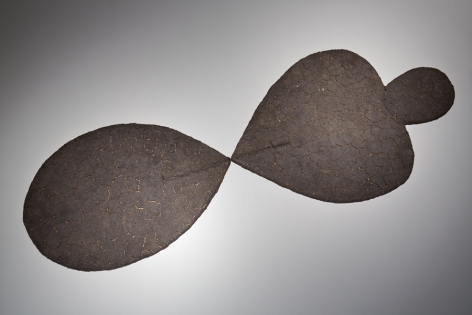 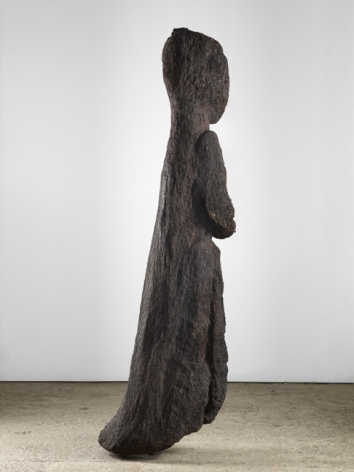 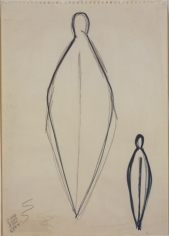 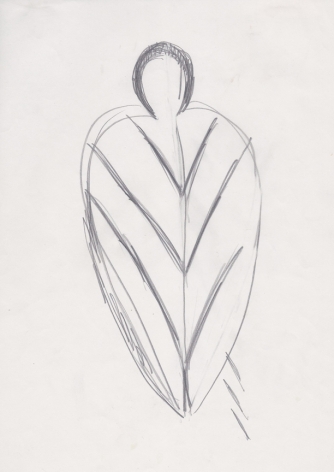 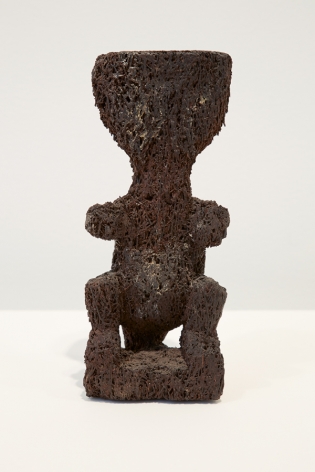 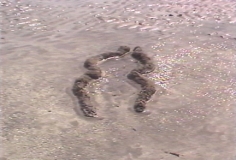 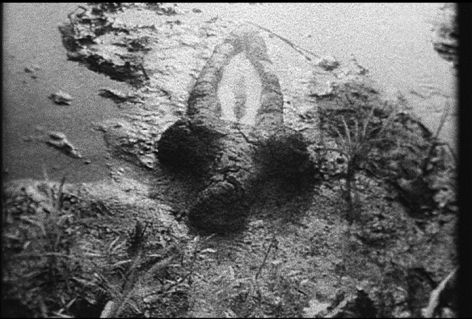 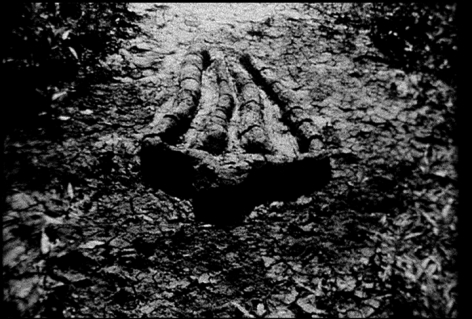 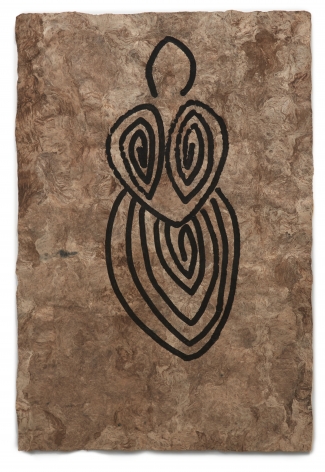 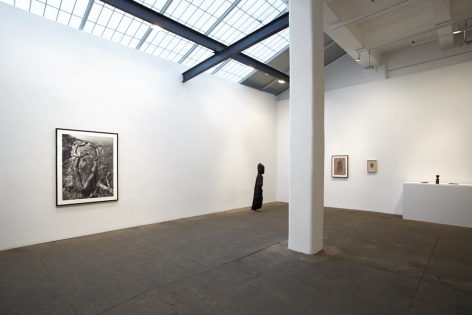 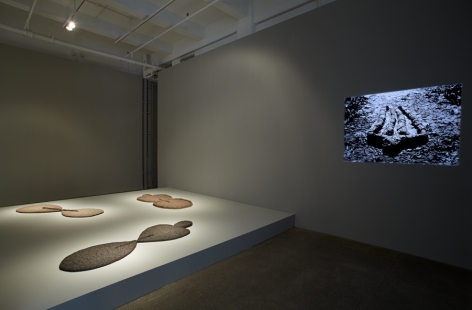 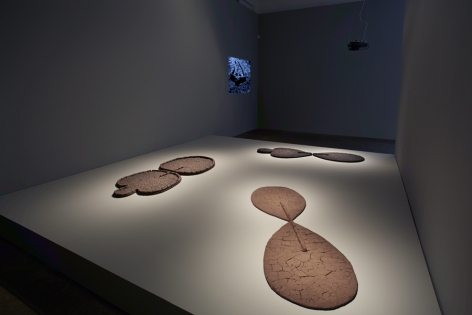 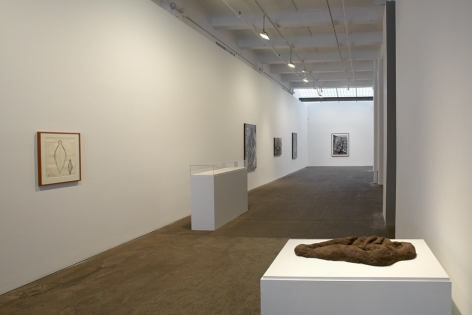 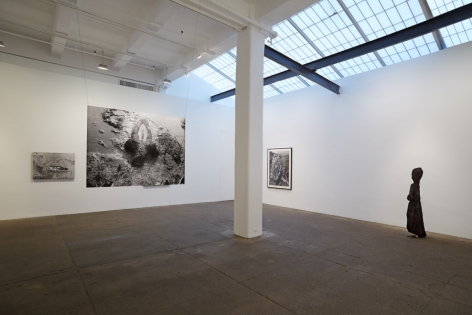 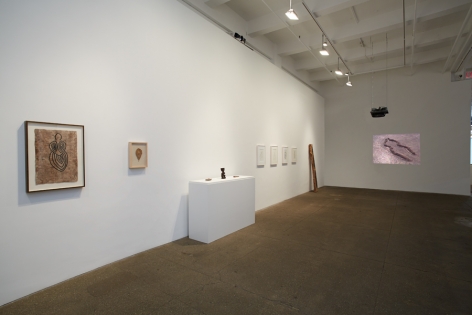 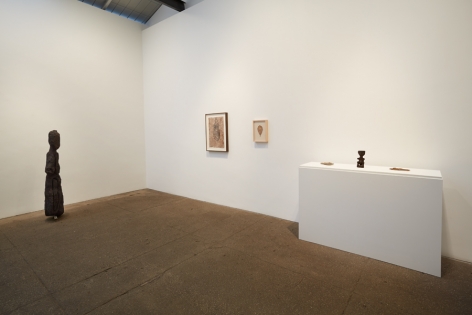 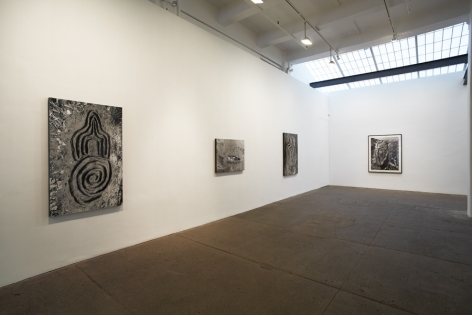 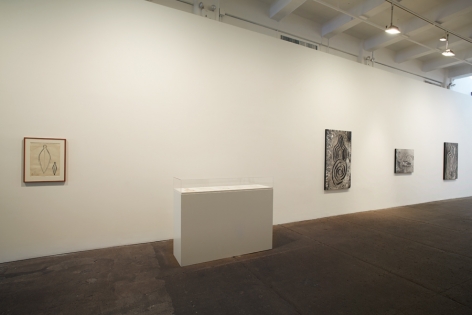 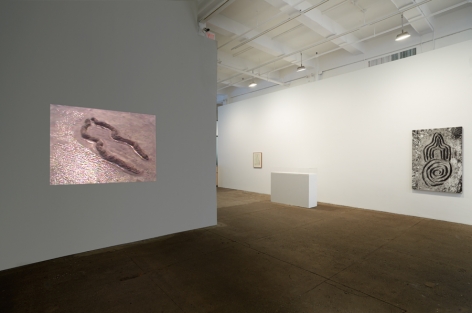 The sculptures, drawings, photographs, mixed media works, and films in Ana Mendieta: Late Works 1981-1985 at Galerie Lelong reveal Mendieta’s translation of her ephemeral practices in the landscape to independent art objects. Beginning in 1980, Mendieta took several trips to her birth country of Cuba. These visits brought a resolution that allowed the completion of her identity-oriented works and the seeking of an aspect of universality. In 1983, Mendieta left New York to begin a fellowship and residency at the American Academy in Rome, a period that redefined her creative process. Her time in Rome influenced the organization of the current retrospective at the Castello di Rivoli Museo d’Arte Contemporanea in Turin and inspired a documentary film currently in post-production, Itali-Ana, Mendieta in Rome, directed by Raquel Cecilia. The exhibition at Galerie Lelong opens during Frieze New York, with a public reception on May 10th from 6-8pm. The artist’s sister, Raquelin Mendieta, will be present.

In the 1980s, Mendieta began to shift away from performative, documented work as exemplified in two of her last films, Ochún and Birth from 1981. These films depict siluetas, potent traces of the artist’s body in the landscape, transformed by the ocean tide or ignited gunpowder. In 1982, she began creating numerous drawings directly onto fresh leaves she found in the landscape, using a variety of tools such as nails, needles, and pencils. Like her outdoor site-specific works, she embraced the natural effects of time on objects, such as the shifting color and texture of the leaves as they dried. Mendieta sought to fuse earth and form in her drawings, photographs, and sculptures. She created several sculptures that year including Fernwoman (1982), a unique sculpture standing close to five feet tall. Carved in an anthropomorphic shape from an Osmunda fern root, this work recalls primitive art. Mendieta often repeated imagery in different media, such as the “labyrinth” figure seen in La Concha de Venus (1981-82), a drawing on amate (bark) paper, and in outdoor sculptures molded in mud which she then photographed. Works like these not only show Mendieta’s continued interest in imagery of the female body, but also show her attempt to make her work more accessible to art audiences and collectors in the 1980s.

Mendieta’s late sculptures translate her familiar silueta-like forms into more tangible objects that became less specific to her own body and not tied to an exact location. This development can be seen in the floor sculptures Figure with Nganga (1984) and Untitled (1983-84), which show an affinity to works she made in the landscapes of places like Cuba, Iowa, and Mexico. A breakthrough in her practice at this time was combining imported sand and soil – from different locations significant to her including Cuba, the Nile in Egypt, and the Red Sea – with different binding materials to create indoor floor sculptures that carried the energy of these places. She also began making free-standing sculptures from hollowed tree trunks and wooden slabs that could rest against gallery walls. Ranging from five to seven feet tall, the wood pieces required physical rigor to transport from the forest to the studio, where she carved and burned organic patterns onto the surface. Mendieta’s archives from this period reveal that she had a strong interest in creating permanent works like these sculptures on a larger scale for public art projects. Unfortunately, some of these projects, such as her plan for an installation in Los Angeles’ MacArthur Park, were never realized due to her untimely death.

Ana Mendieta: Late Works 1981-1985 is the ninth solo exhibition of Mendieta’s work at Galerie Lelong, which has represented her Estate since 1991. Mendieta has had over 30 solo exhibitions worldwide, at museums including the Centro Galego de Arte Contemporanea, Santiago de Compostela; Hirshhorn Museum and Sculpture Garden, Washington D.C.; Kunstmuseum Luzern; Whitney Museum of American Art, New York; and Museo Tamayo, Mexico City. This January, the Castello di Rivoli began the second wave of large-scale retrospectives with the exhibition Ana Mendieta: She Got Love, which closes on June 16, 2013. The Hayward Gallery in London will open a retrospective on September 24 this year. In 2015, the Katherine E. Nash Gallery of the University of Minnesota will present an exhibition devoted to Mendieta’s films.