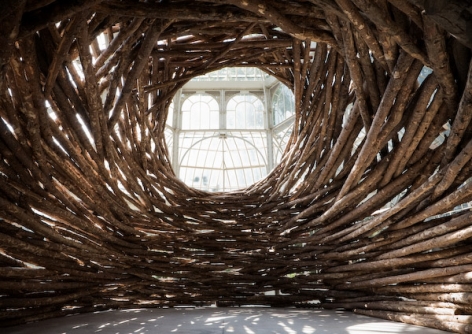 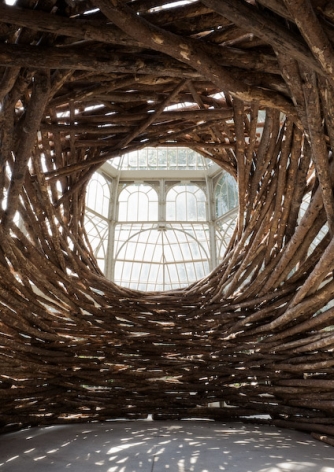 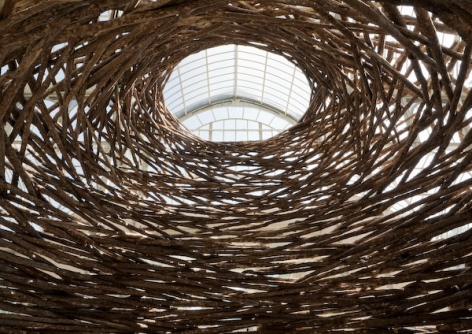 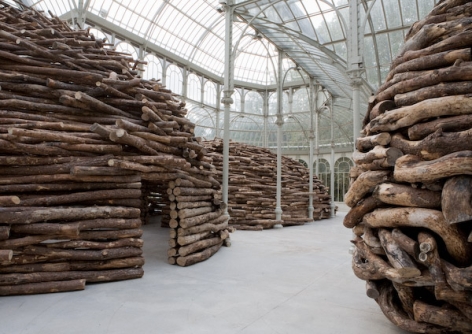 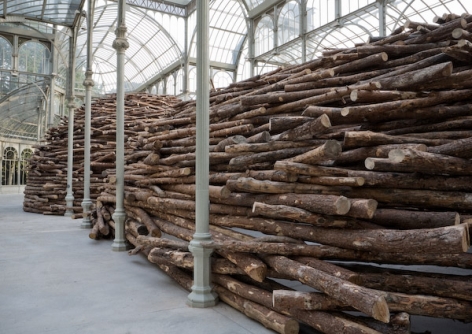 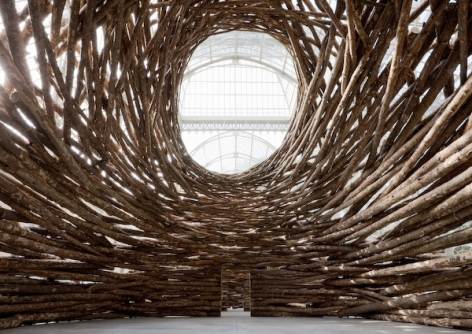 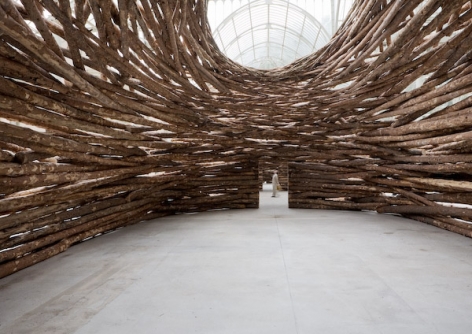 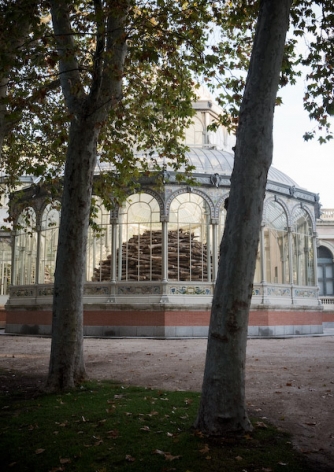 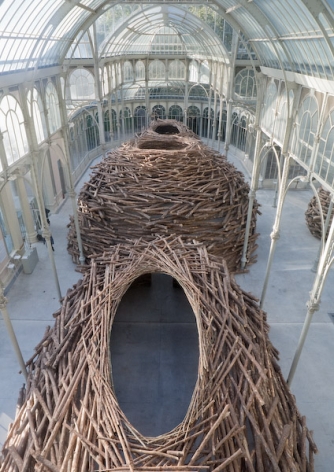 Andy Goldsworthy (England, 1956) is one of the most brilliant exponents of the generation after the emergence of Land Art. Since this trend emerged in the mid-sixties, Land Art takes on nature as sculptural material, interacting with landscape’s changing scene. The generation of artists to which Goldsworthy belongs have followed these channels to explore a natural poetry from a profound reflection on form, matter, energy, space and time.

Goldsworthy's work does not reveal an idyllic nature, but is generated from the understanding of its physical qualities. With surprising artistic strength, he is a recognised sculptor because of his exclusive use of natural materials. The artist uses these materials in the same place that he finds them or at least near-by and he subjects them to forms and processes that reveal and accentuate their specific properties, immediate context or origins. Known for his sculptures and ephemeral projects, Goldsworthy has also produced large permanent pieces and has developed a wide variety of temporary installations for galleries, which often include the building’s "natural" origins or materials.

In the entrails of the tree is one of his most ambitious projects with wooden domes, where he develops two previously constructed spaces in London and Yorkshire. Here he includes three joined, wooden structures, whose shape fits the architecture of the Palacio de Cristal. He has used pine from the mountains in the north of Madrid, a forest that supplies wood for a wide variety of commercial products. As soon as the wood was chopped down, Goldsworthy "borrowed" some in order to present the material in its natural state.

Goldsworthy’s first wooden dome was built in 2005. Before that he had created smaller wooden domes around the base of rocks or trees, or as independent structures, typically constructed from the inside, with the intention of increasing its size to accommodate several people. That intention has its origins in one of his first artistic actions that he produced in 1983, where he climbed through a small hole in the base of a sycamore. The experience of "being in the belly of the tree" made quite a mark on him and he has tried to recreate it for the spectator. 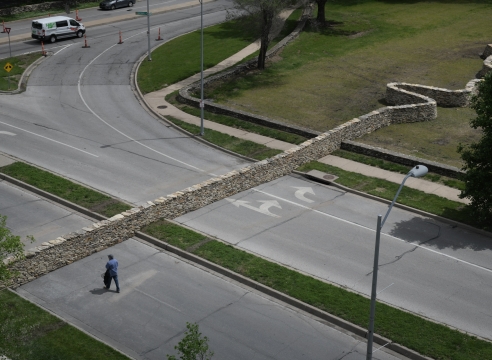