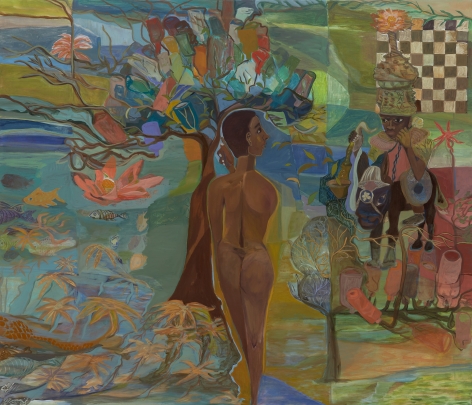 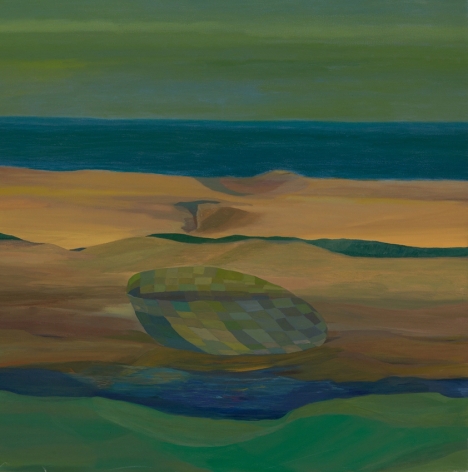 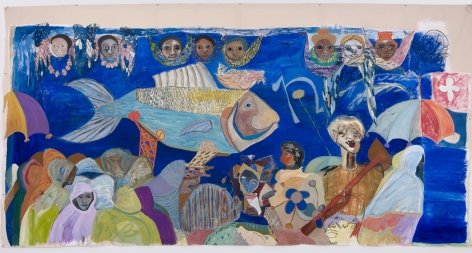 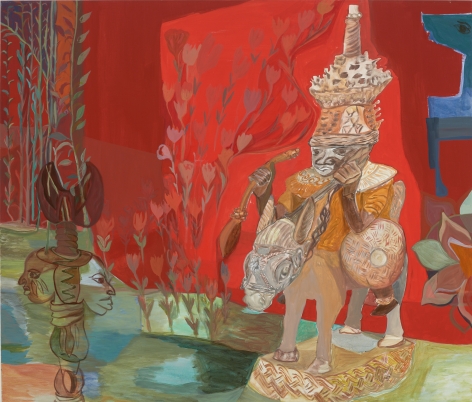 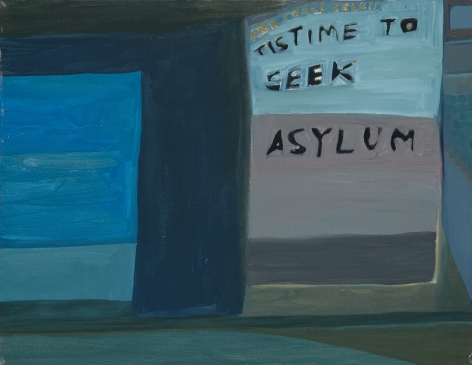 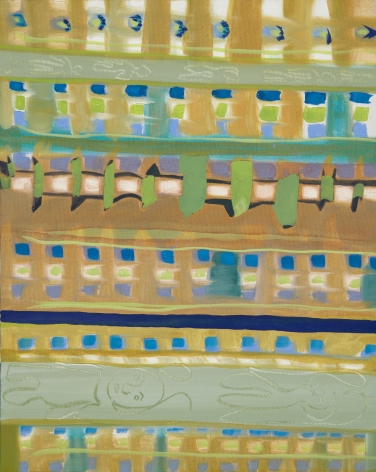 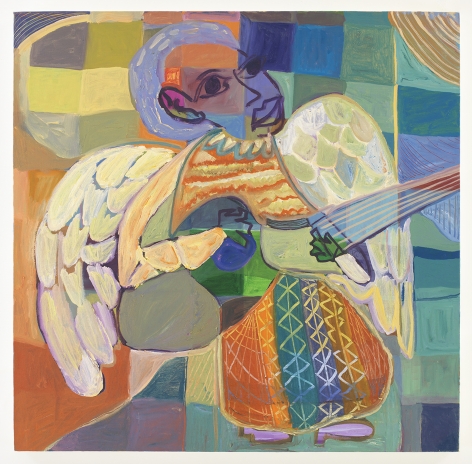 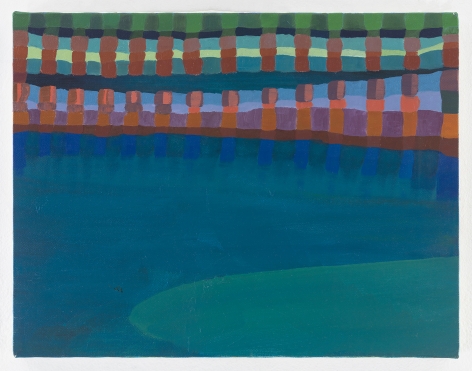 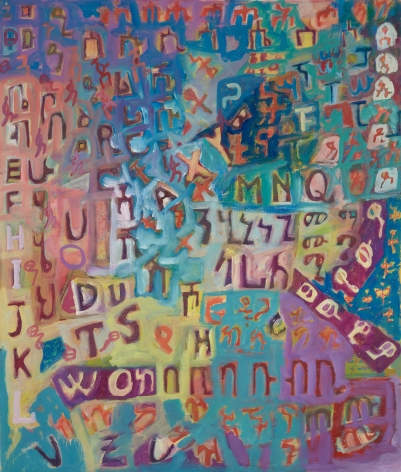 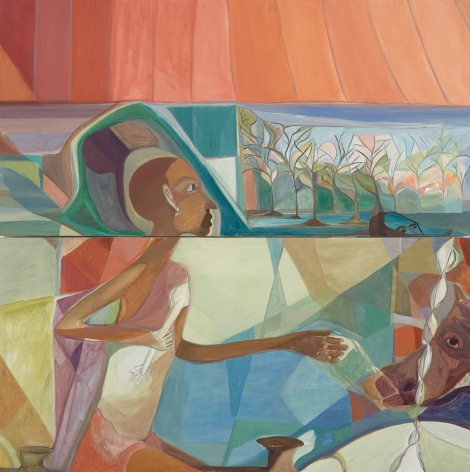 Ficre Ghebreyesus populates his works with intricate, highly personal experiences as a citizen of the world. Born in Eritrea during their War of Independence (1961–1991), he left as a teenage refugee to Sudan, Italy, and Germany, before finally settling in the United States where he studied at Yale School of Art. Ghebreyesus continued his lifelong activism for Eritrean independence alongside studying painting, printmaking, several languages, and working as the executive chef and co-owner of New Haven’s Caffé Adulis. Operating fluidly between abstraction and figuration, Ghebreyesus’s matte acrylic and oil paintings suggest the non-linear form of dreams, memories, and storytelling. Momentarily recognizable figures dissolve into colorful patterns: a school of fish becomes human bodies in transit or a boat emerges from brightly hued woven shapes echoing Eritrean textiles. His rebuke of borders and divisions seem to be distilled from his own optimistic embrace of an identity and home perpetually in flux.

While Ghebreyesus turned down most opportunities to show during his short lifetime, recent posthumous exhibitions of his work include Ficre Ghebreyesus: City with a River Running Through at the Museum of the African Diaspora, San Francisco, California and Ficre Ghebreyesus: Polychromasia at Artspace, New Haven, Connecticut. Writer and poet Elizabeth Alexander’s memoire, The Light of the World (2015), chronicles her husband Ghebreyesus’s life and work. Galerie Lelong began representing the Estate in 2019.

Ficre Ghebreyesus was born in Asmara, Eritrea, in 1962, and died in New Haven, Connecticut, in 2012. 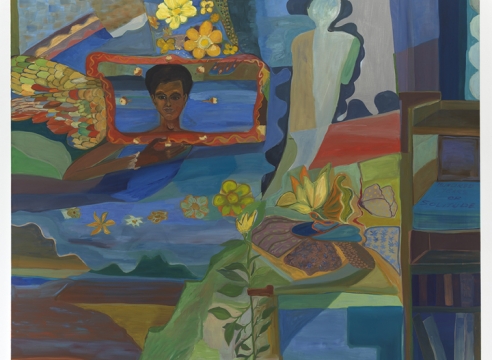 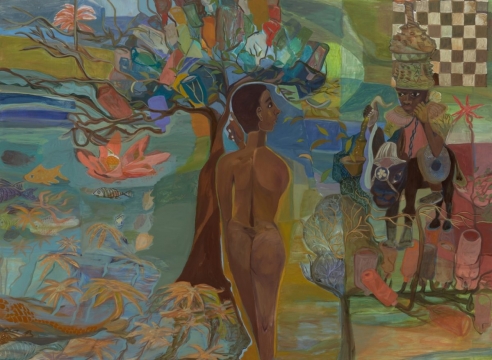 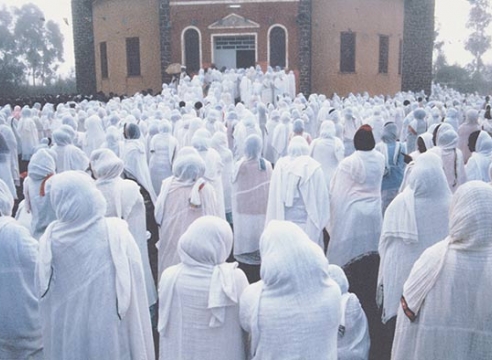 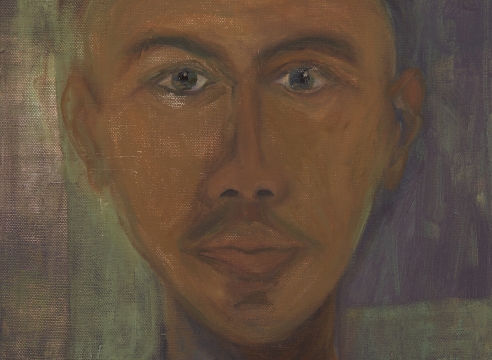 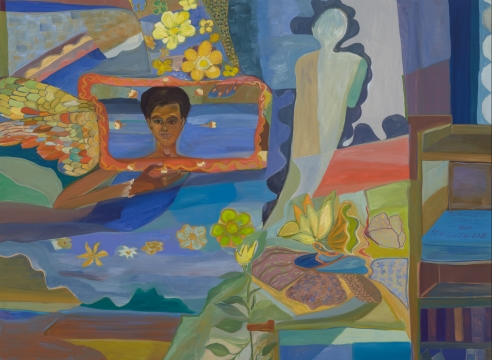